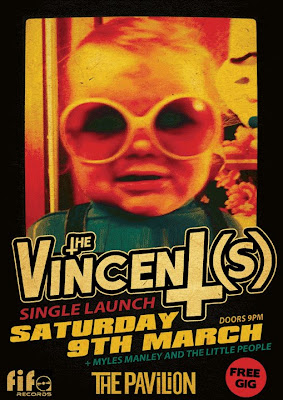 Roll on March. Oh there you are!

The Black Sun rises on Saturday as the avant-garde promoters come out of retirement to welcome Geordie experimentalist Richard Dawson to Plugd Records on Friday night. For those who failed to get out of their cage over the weekend then The Crane Lane Theatre is the place for you tonight as cajun noiseniks Mama Rosin roll rambunctiously into town for a late show on Phoenix Street. Although a stranger to these guys until recently, Bye Bye Bayou is a wild thing of beauty. GO!

Finishing off the week with a flourish are Appalachian bluegrass bringers Rose's Pawn Shop who take us back to The Crane Lane for another late one while Rachel Austin and The Hard Ground combine for Coughlan's. Both of these take place on Sunday.


FREE GIG OF THE WEEK:
The Vincent(s) officially launch 'Asked Her To The Dance' - which of course was heard first on this very blog a few weeks back - with the help of Myles Manley & The Little People in The Pavilion on Saturday.


Sunday, 10th March
- Rachel Austin and The Hard Ground in Coughlan's
- Rose's Pawn Shop in The Crane Lane Theatre (11.30pm)
- The Hobo Convention with Jimmy The Hideous Penguin in The Pavilion (5pm)

If I have forgotten anything feel free to let me know!